Verse crown’d with ivy and with holly;

That tells of winter’s tales and mirth

And thus throughout, with Christmas plays,

Although many of the traditions of modern Christmas were inspired by literary works of the nineteenth century (read more here) some go back much further. The traditional Christmas has its roots in the ninth century, when King Alfred commanded that there should be a holiday on Christmas Day and the 12 days after (the Three Wise Men travelled for 12 days) and no-one could be made to work during this period.

The Twelve Days of Christmas were a feature of Tudor England and included many practices that still exist. Although Henry VIII is best known for his wives, he also has much to teach us about modern Christmas traditions and here are twelve of them. 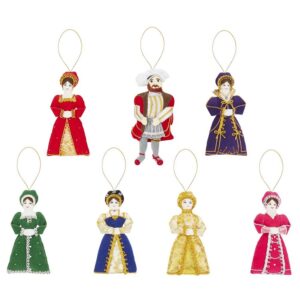 Happy Christmas and don’t just keep it to one day!