The Many Sides of Thai Face 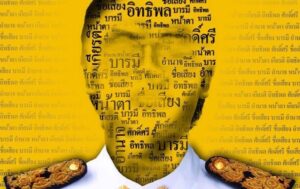 In How Thais Lead: Face as Social Capital, Larry Persons outlines a complex model of Thai face, arguing that the dynamics of face dominate all aspects of leadership in Thailand. Thais do not use the word “face” (na) to describe the kind of social capital discussed in the book, and it only connotes the appearance of a human face.

The quest for face, starts with the Thai word nata, meaning those who “have face, have eyes” or more simply those who have “face-eyes”. A less literal translation might be, “having the appearance of prestige”.

The next level of face is kiat, literally referencing height and implying honour, respect and approval. The third level is chuesiang which references breadth or girth and implies that the person’s name has reached the ears of others. Persons calls this “public acclaim”. Barami is the name of the fourth level, which means “accumulated goodness” based on a person’s moral strength and is a concept unique to Thailand: empowering for both giver and receiver.

Barami, the final term, is closely related to Thai concepts of reciprocity, which are summarized in the term bunkhun, which has two original meanings in “merit” and virtue”. Suntaree Komin says that this form of relational reciprocity is triggered by generosity and reflects, “A psychological bond between someone who, out of sheer kindness and sincerity, renders another person the needed helps and favors, and the latter’s remembering of the goodness done and his ever-readiness to reciprocate the kindness” (Komin, p. 139). Other writers say that this is, “perhaps the most fundamental value that has emerged out of the vertical nature of Thai society” (Holmes & Suchada, 1997, p.30).

Persons describes a dimension of bunkhun which stretches from uncalculated acts of kindness (“affectionate bunkhun”) to acts that expect a client to reciprocate in a suitable manner (“instrumental bunkhun”). As he writes, quoting an interviewee, “You have a giver and a receiver. He who gives more is the leader. He who must depend on the other is the follower.”

Saksi is the fifth and final level and is also the most arcane and abstract. Sak means “power or ability, strength and status” and si means “shining brightness, auspiciousness, beauty and progress”. “Radiant power” is Persons’ succinct translation, and he states that this aspect of face is, “more significant to Thais than any other thing”.

Face is the visible sign(s) of human desires for acceptance and status. Those signs in Thailand include prestige, honour, public acclaim, accumulated goodness and endogenous worth.

Persons quotes Lin in the book, “Face cannot be translated or defined. It is like honor and it is not honor. It cannot be purchased with money and gives a man or woman a material pride. It is hollow and yet is what men fight for and what many women die for. It is invisible and yet by definition exists by being shown to the public. It exists in the ether and yet cannot be heard, and sounds eminently respectable and solid.” (Lin, Y.T. 1939, My Country and My People, 199-200).

Holmes, Henry & Tangtongtavy, Suchada (1997) Working with the Thais: A guide to managing in Thailand.